Today had to be the wildest day I have EVER fished in the month of May.  The wind howling up to 50 mph, bait was all over the place, birds were diving, fish were busting and the numbers of fish I landed was staggering. 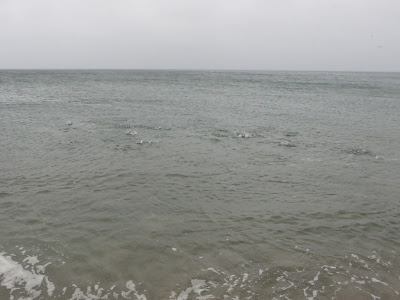 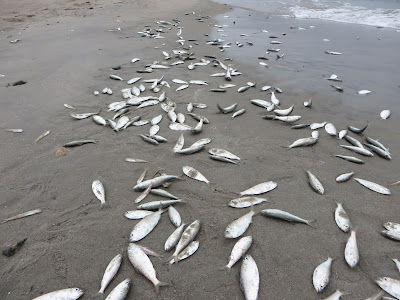 Source: Rhode Island Striped Bass: Epic Day, One of the Wildest of All Time!

Dave, at Ocean State Tackle in Providence, reports that striped bass fishing has improved once again in the Providence area. Anglers have had great action for short and keeper bass up to about 35 inches, with a few heavier 20- to 30-pound fish in the mix. The Providence River at the Hurricane Barrier has been steady and the Seekonk River also remains a hot spot. Squid fishing has picked up in Newport and should continue to improve, as reports from Massachusetts have been excellent. There have been some decent tautog catches in the bay, while scup reports have still been quiet throughout inshore waters. Freshwater largemouth fishing remains great throughout the state, with a couple monsters and a steady pick of 3- to 4-pounders caught this week.

At The Saltwater Edge in Middletown the guys reported that the bay is alive with life. Decent keeper-class striped bass can be found feeding on adult and juvenile bunker throughout the area. Out front, at the West Wall and around the South County beaches, schoolie action has continued to intensify. Tons of menhaden have been reported in the upper bay and Westport. We’re all just waiting for bigger fish to find them. Tautog fishing has been relatively slow out front, but the warmer waters of the bay are holding decent numbers of keeper fish. Squid anglers are also gearing up for a strong season, with catches in the Newport area increasing daily.

At Watch Hill Outfitters in Westerly, Mike reports that the Pawcatuck remains a hot bed for local striped bass anglers. A nice push of peanut bunker have moved into the river and joined forces with the adults to provide a large mass of bait for the bass. Quality keepers in the 35- to 38-inch class were reported with some regularity this week, while schoolie catches have improved on the beaches. Tautog fishing has been slow in South County, but should improve next week as the water inches its way closer to the 50 degree mark. Squid have moved in pretty thick around Point Judith, and should be seen further south very soon. A big push of squid also means that some good keeper fluke fishing is right around the corner.